The innovative CAVE Reversible coffee dripper attracted the attention of numerous coffee people when it was displayed as a reference exhibit at the World Specialty Coffee Conference and Exhibition which is Japan’s largest specialty coffee event held by the Specialty Coffee Association of Japan (SCAJ).

The CAVE is a conical coffee dripper developed by RIVERS. It is notable for having a fairly narrow center angle of 50°. This sharp conical shape results in a thick accumulation of coffee beans, allowing the hot water to truly seep through the coffee grounds while brewing. This design has been well received and is highly praised by many baristas.The CAVE Reversible is a silicone dripper that keeps the same 50° conical shape of the CAVEbut has two different rib patterns, one on each side. The body is made of soft rubber, making it easily reversible.This provides its greatest feature, the ability to brew coffee using the ribs that are best suited to the coffee beans being used.

The POND-F is made of plastic instead of wood, and weighs a mere 14g. It folds in half across its middle, so it can be stored inside a RIVERS WALLMUG. RIVERS developed the POND-F with an eye towards the growing need for far greater weight reductions for activities such as ultralight hiking and mountain climbing.

How much do you know about the ribs on the insides of drippers?If you look at the drippers on the market, you’ll find long ribs and short ribs, spiral ribs and straight ribs.These rib designs have a major impact on the flavor of coffee each company aims to achieve.

The purpose of the ribs is to create spaces between the filter paper and the dripper, controlling the flow of hot water.The flow of the hot water that has soaked in the coffee beans has a major influence on the flavor of the coffee.The CAVE has two types of ribs, which makes it possible to produce two different flavors using the same coffee beans.

The CAVE Reversible has a narrower center angle than conical drippers made by other companies,so conventional paper filter edges need to be folded deeply for use with the CAVE.The V-shaped guideline makes it easy to determine where to fold paper filters.

Thank you for submitting a review!

Your input is very much appreciated. Share it with your friends so they can enjoy it too!

Worth for the money 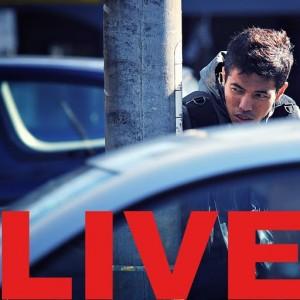 Malaysia
I recommend this product
recommended for backpackers, campers